The "backbone" of any police department is its Patrol Division. These are the officers that normally handle daily operations, but are also called on to support the specialty units to achieve their particular goals. While specialty unit officers focus on a specific segment of law enforcement, the patrol officers need to have knowledge in all segments of police work.

The patrol officers are the "first responders" to all medical calls, motor vehicle crashes, burglar alarms, fires, domestic disputes, assaults and a myriad of other calls. 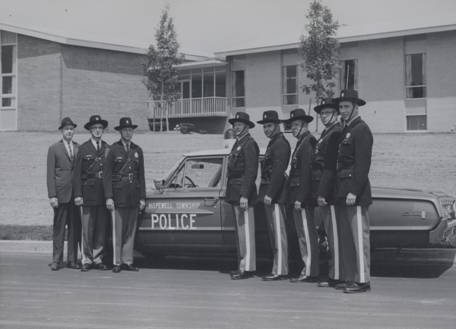 Patrol officers are the ones that first come in contact with crime scenes. They must be able to recognize potential evidence and secure the crime scene for detectives and crime scene teams.

When a patrol officer responds to an incident, he or she will investigate the case as far as possible. The patrol officer will then determine if a detective should be brought in to investigate it further.  In some cases, patrol officers solve the case themselves. They always have to file reports on incidents and often complete charges against the appropriate parties.

Patrol officers must prepare a variety of reports for such things as motor vehicle crashes, burglaries, thefts, criminal mischief, drug investigations, missing persons, lost property as well as documentation reports used by the insurance industry to validate a claimant’s loss.